Untold Tales of Bigfoot has earned a 2018 Reuben nomination from the National Cartoonists Society in the category of Online Comics: Long-form. This is the comic’s fourth nomination (it won in 2012). The Reuben Awards are in Huntington Beach, CA this year at NCSFest on May 18th. Congratulations and good luck to all the nominees. 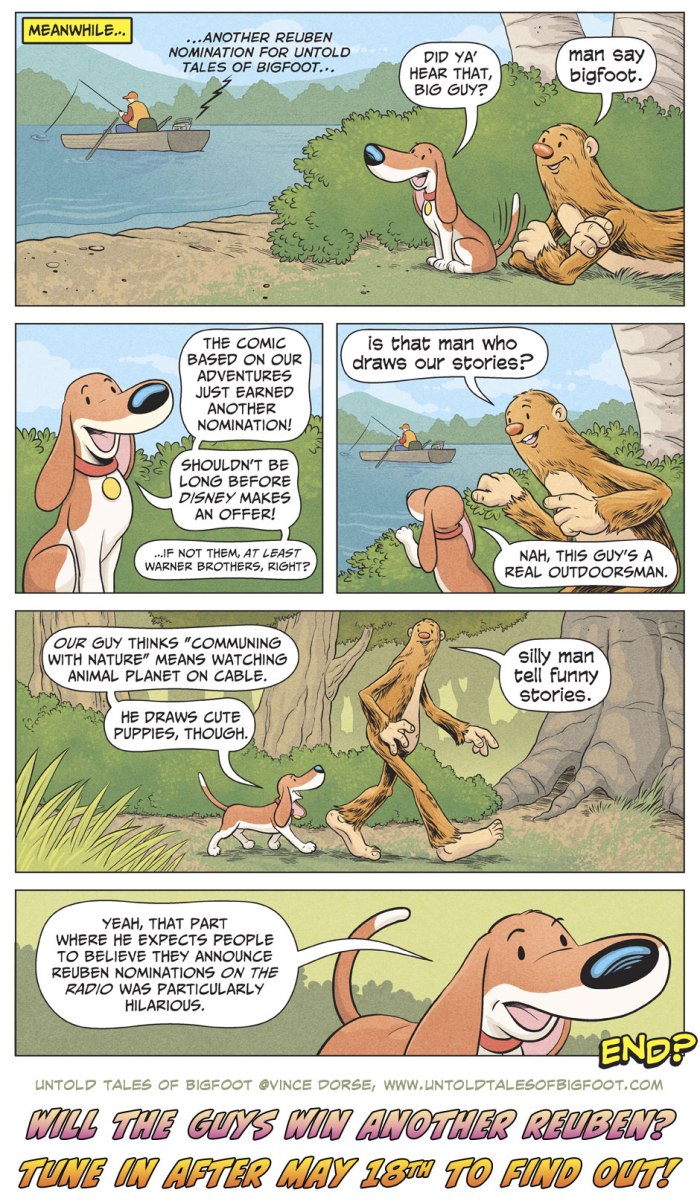 Untold Tales of Bigfoot has been nominated by the National Cartoonists Society for a Silver Reuben in the Online Comics: Long Form division. This is is Bigfoot and Scout’s third nomination (they won in 2013).

The Untold Tales of Bigfoot graphic novel, Crossing Paths (Long Lost Friend Studio’s first release), was the happy result of a well-received online comic (it garnered two Reuben nominations and a win). And while I’ve been busy this last year promoting the printed book at conventions, I’ve tried to keep the online comic going with shorter, self-contained story arcs that fit into the larger story — little mini-adventures and two-pagers that follow Bigfoot and Scout on their continuing quest. It’s these new, online comics that earned the Reuben nom this year, and it’s an honor to be recognized alongside some other very talented creators.

The 72nd Annual Reuben Awards Weekend is May 25th-27th in Philadelphia, PA. Whether we win the prize or not, it is always a sincere pleasure to spend the weekend hanging out with some of the funniest, creative people I know. -v

Back in April, I mentioned here on the blog that Untold Tales of Bigfoot: Crossing Paths won a bronze medal at the 2017 Independent Publisher Book Awards. The medal recently arrived and oh boy, is it shiny!

Bigfoot won the “IPPY” in the category of Graphic Novel, Humor/Cartoon. Here he is, as pleased as punch to be modeling the bauble. 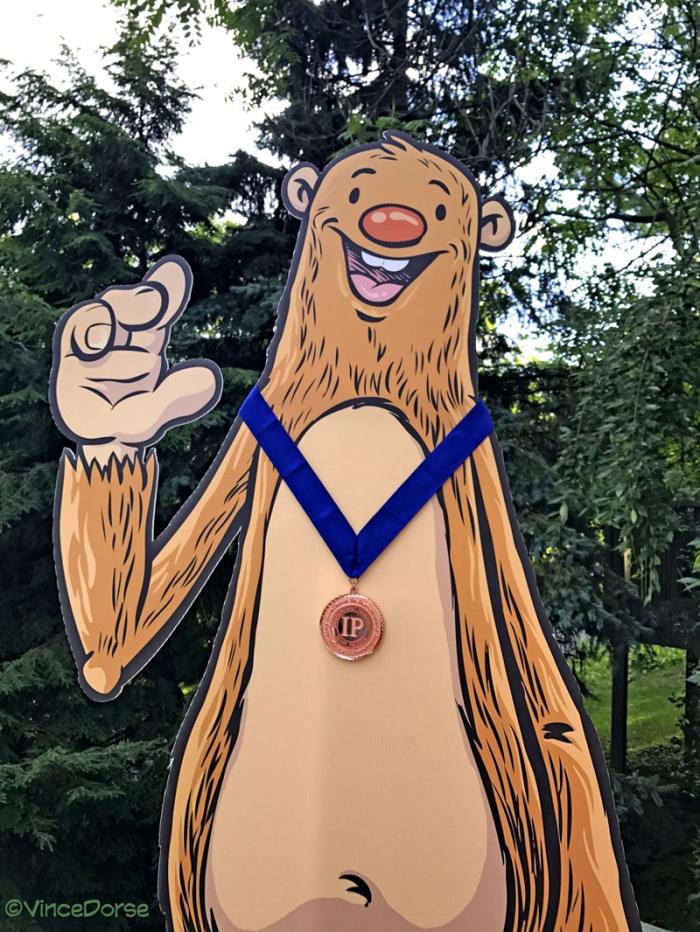 While waiting for the fine folks at Independent Publisher to ship the medal, I put together a 2-page comic using an awards medal as my MacGuffin. You can view that comic here.

I’m happy to announce my all-ages graphic novel, Untold Tales of Bigfoot, just earned a Bronze Medal in the category of Graphic Novel, Humor/Cartoon in the 2017 Independent Publisher Book Awards.

Launched in 1996, The “IPPY” Awards are open exclusively to independent authors and publishers around the world. This year’s awards, the 21st annual IPPYs, drew almost 5,000 entries from around the globe.

Congratulations to all the other medalists in all the categories. -v